Where Do Bats Hibernate During Cold Winter Months? 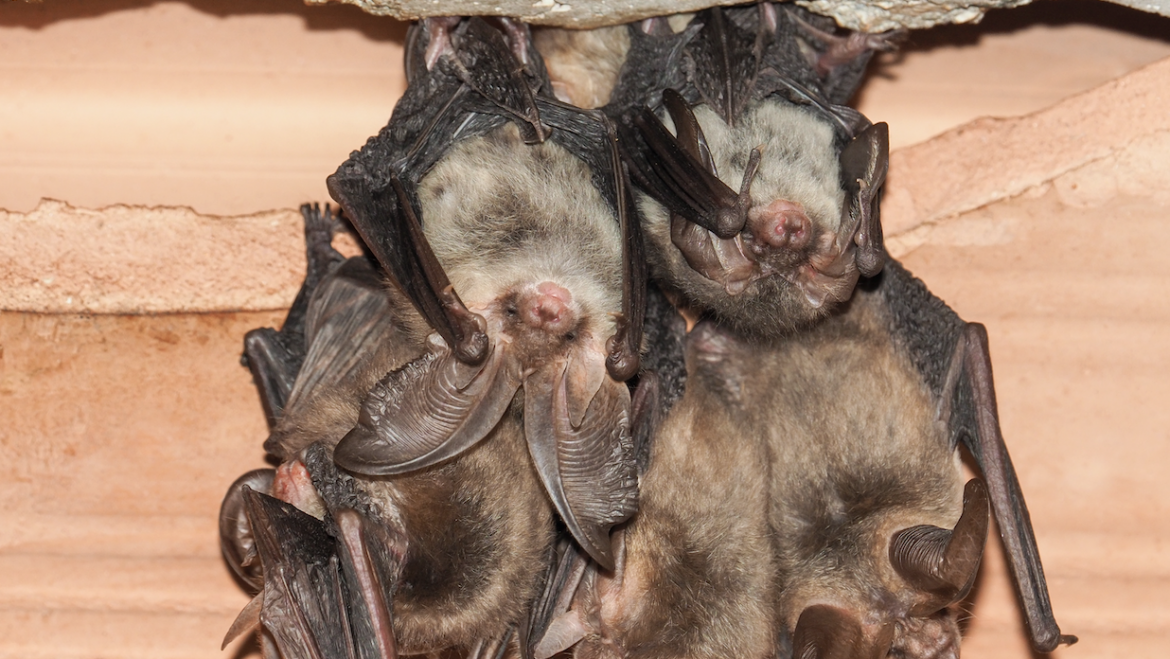 Have you ever wondered where bats go during the cold winter months? You might wonder if they go south for the winter as geese and ducks do? Where exactly do bats go? These are all great questions, and I am here to help you answer these questions.

During the cold winter months, bats go into hibernation. Well, first, we need to know what hibernation is. Hibernation, also known as torpor, is when a bat goes into a deep resting mode causing its heart rate to go down dramatically. When a bat hibernates, its metabolism slows down to conserve energy.

When do Bats Hibernate

Bats usually being to hibernate in the fall around October or November, and then they will come out of hibernation in the springtime, usually during March, April, and May. To prepare for hibernation during the cold weather months, bats build up their fat reserves, acting as insulation against cold and heat loss.

But where exactly do bats go?

Bats typically like to hibernate in a place with the perfect mix of moderate and higher humidity and a dark, secluded location. The place where a bat hibernates is called hibernacula. Churches, barns, and old warehouses are the most popular places for bats to hibernate during the cold weather months.

Most bats prefer to hibernate in dark, secluded areas, so most bat colonies are often found in caves. Empty outbuildings near homes and barns are a great place for bats to hibernate because they are undisturbed. Hollow trees are also a great spot where bats will hibernate during the cold weather months as well. However, attic and crawl spaces provide the most hospitable environment for bats to hibernate due to the warm vents and pipes.

Hibernation can Depend on the Type of Bat

Depending on the type of bat, it will all determine where a bat will hibernate in the cold months. Little brown bats will hibernate in caves, preferably with higher humidity and temperatures ranging between 40-60 degrees Fahrenheit. Most little brown bats will hang alone during hibernation, but you can sometimes find them in small clusters gathered in a ball. Northern long-eared bats can be found hibernating in the cold weather months in caves with higher humidity and steady temperatures. Some caves are too wet for bats to hibernate in, so they will try to find a different place to hibernate.

Bats in Walls and Your Home

Bats prefer to hibernate inside walls because the inside of a wall preserves a consistent temperature, and the bats can easily crawl up and down the walls to find the desired temperature. Sometimes this will cause the bat to end up in your basement or even in your living space. Bats cannot bore holes or build nests, so they use whatever gaps and holes they can find. They will flatten themselves to squeeze into small crevices to keep warm.

Bats typically hibernate to a place where there is higher humidity, a dark place, where they will not be disturbed during the winter. Putting up a bat house that is well insulated is also a great idea; it provides a  place for a bat to hibernate during the cold weather months. Please note, however, that once you put up a bat house, it is illegal to open it unless you have a license to do so.

For a bat to safely hibernate during the cold weather months, they need to find roosts to stay warm and sheltered. You are probably wondering what a roost is. Well, a roost is also known as a place where bats will congregate to rest. Bats cannot survive freezing cold temperatures even when they are hibernating. Any site a bat roosts during the cold winter months must be at least 45 degrees or warmer.

Why Do Bats Hibernate

If you find a bat in hibernation during the cold weather months in your home or attic, or even in an old outbuilding, it is best not to disturb the bat. It may seem like the bat is already dead, but this is not always the case. When bats are in a resting state, also known as torpor, a bats heartbeat slows from 200-300 beats per minute to as few as ten beats per minute. This maintains the bat’s energy level at two percent of normal life functions and allows the bat to survive for up to six months on a very small amount of stored body fat. By the time spring comes around and the bat is coming out of hibernation, it will have lost half of its body weight. This is why when they wake up, they are starving and on the search for a food source.

So, where exactly do bats hibernate during the cold weather months? Like we stated that all depends on the species of the bat and where the bat is located. Most likely, you are going to find a bat hibernating in a warm, dark, secluded place like your attic or an old outbuilding. It is best not to disturb bats while in hibernation because who likes to be woken up during a good sleep?