Bat Roosts | Where do Bats Roost 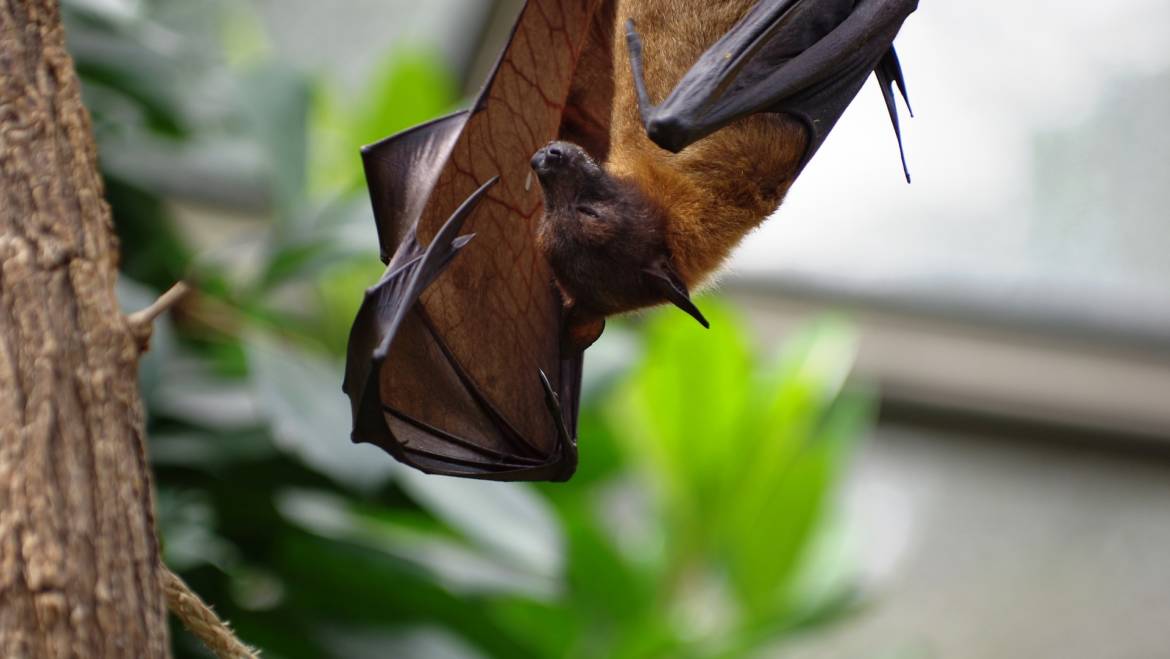 What exactly is a bat roost? And where do bats normally build their roosts? These are two of the most common questions that people have when it comes to bats. Not a lot of people like to have bats around, but believe it or not, there are people that really enjoy them. Bats roosts are very important to these people. Bats are a protected animal– they are not supposed to be harmed in any way. Read on to learn what exactly a roost is and the different types of roosts as well.

What is a Bat Roost

Where a bat lives is referred to as a roost. Bats need different roosting conditions at different times of the year. They will often move around from roost to roost, depending on their needs. The location of a bat roost depends on what is available to them in a particular area.

Where You Can Find Them

Some bats will set up their roost in a dead tree or a cave. Some will use both locations if they are available in the area. Most bats will shelter in buildings behind the hanging tiles and boarding in the roof spaces as well. As long as they have a dime size or smaller space to get into they will use a location as a roosting site. When it gets too cold out for bats to be comfortable, they will go where they can find warmth. Bats hibernate during the winter months– when the weather starts to cool down, and bats bodies start to go into a hibernation stage where they are unable to acclimate any further. Bats will look for warmer areas just before the hibernation state begins.

Another location where bats like to roost is in “bat boxes.” You can buy bat boxes at many hardware stores, or you can even make your own. There are a few things that you will need to do when it comes to correctly situating bat boxes. You need to make sure that you put it high enough, so when the bats go to leave the box they can drop on a downward path and go into flight. You want to make sure that the box is not located where any predators can access them as well.

Bats also have maternity roosts. When the weather turns warmer, usually in early summer, pregnant female bats gather together in warm, safe places to have their babies. These roosts are called “maternity roosts.” Some bats will return to the same site every year as long as they can access it. When a bat becomes pregnant the pregnancy usually lasts between six to nine weeks. The length of a bat’s pregnancy depends on weather, climate, and availability of food. Bats usually give birth to a single baby which is also called a “pup” each year. If a mother is disturbed in any way after the pregnancy, they may end up abandoning their young, which normally will cause the pup to die. Once the pup is old enough to fly on its own it will leave the roost to find its own food and they will come back to the colony.

Another type of roost that bats look for is hibernation roosts. During the winter bats will go into hibernation. When they go into hibernation mode it allows the animals to survive cold winters and harsh weather. As the bat’s body temperature lowers and their metabolic rate slows down, they use less energy and can survive on the fat they have stored up instead of trying to forage for food. When it comes to them finding a place to start hibernating, they need a cool and constant temperature. Most bats will move to an underground cave so the temperature will stay consistent for them.

Bats also like to roost in trees as well. Bats love trees. Trees provide shelter and attract a diverse range of insect species for bats to feed on. Since bats are not able to bore holes or make nests, they use whatever gaps are available, including cavities and crevices made by other animals. The bats will use different parts of the tree for different reasons, depending on the time of year and temperature. In the summer bats might use the higher canopy sites to have their young in warmer temperatures. During the winter they might move deeper and lower into the tree to hibernate. When it comes to the males and non-breeding female bats they tend to prefer cooler conditions throughout the year. The females that do breed like warmer roosts in the spring and summer. Breeding females cluster together to retain body heat.

Trees such as oak, beech, and ash are the types that are suitable for bats, but any woodland or tree has the potential to become a bat roost, especially if it has cavities in the trunk or branches– anywhere they can get into on a tree they will, and they prefer to be inside of the tree as well. When you see bats in one of your trees outside, it’s best to leave them be. They could have their pups up in the tree as well and if you disturb them, they might end up leaving them up in the tree and they could fall out and get hurt or even die.

They Also Roost in Homes

One of the most common places that bats roost is in your home! Yes, bats absolutely love roosting in your home. Home temperatures are usually where bats like them. Homes are normally very quiet and dark and they won’t be bothered by other predators. Bats will roost in either new homes or old; they are not picky. The most common time to have a roost of bats in your house is during the summertime when they are more active. You can hear them during the winter as well as they are getting more comfortable and will move around until they get warm again. You will hear them either in your attic or even in your walls where the insulation is. The insulation works as a nice blanket for them and keeps them warm. If you think you have a roost in your home it is best to contact professionals to help remove the bats safely.

The next time you see bats, and they are roosting, they are just hanging out and have no interest in harming anyone. They are just playing their part in our ecosystem. If they are in an area that is not so welcoming for them just give professional bat removers a call and they can help remove them without harming them. Bats themselves are not out to harm anyone; they are just trying to raise their young and keep the bugs and insects under control the best that they can. Bats don’t want to be around humans any more than you want them around.