8 Bat Facts That Will Surprise You 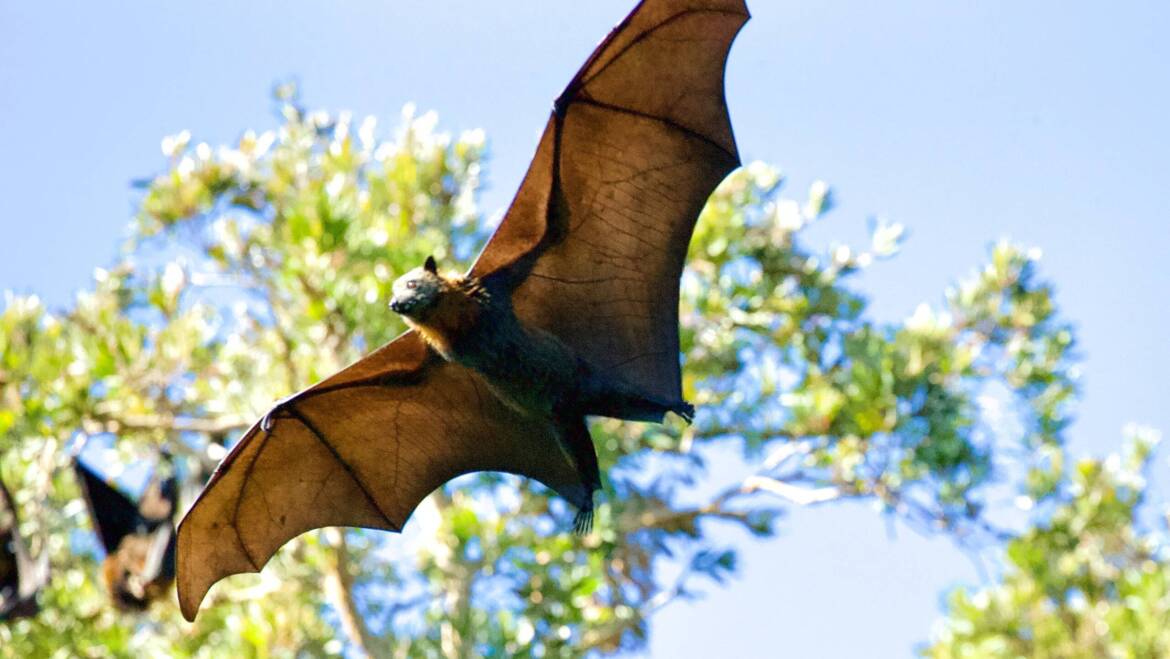 There is so much that we do not know about bats, and there are some very surprising facts about them as well. From these 8 bat facts, you’ll learn about some of their habits, about their anatomy, and how they can help our ecosystem.

There is a cave in Texas called the Bracken Bat Cave; it is the home of the largest known bat colony in the world. There are over 20 million bats that live in this cave. To give you some perspective on that number, Mumbai, India, the world’s largest city, doesn’t have that many people living in it. When you see the colony leave the cave on the radar, they look like one massive storm. With this large of a colony together, they will eat over 200 tons of bugs in a single night.

There are also bats known as the Mexican free-tailed bats that can fly up to two hundred fifty miles in one single night. They can also fly ten thousand feet up into the air and reach speeds of sixty miles per hour. That is extremely impressive for such small animals. Most small colonies of bats can eat over one ton of insects in a year– or more than 600 million bugs. Just one single bat can eat more than 600 bugs in a single night. That would equal out to roughly 20 pizzas in one night for a human to eat the same amount in a night. Big brown bats can eat enough cucumber beetles in one summer to save farmers billions of dollars each year. With big brown bats eating that much, they protect our farmers from having to put more pesticides on their fields, and they also help save the crops for the farmers.

Bats can find their food in the dark, and they need zero light to find them. They locate insects and bugs by emitting inaudible high-pitched sounds, about 20 beeps per second, and listening to echoes. This method sends out sound waves from the mouth, or they can use their nose as well. When the sound waves hit an object, they produce echoes. The echo then bounces off the object and returns to the bat’s ears. When the sound comes back to them, they can tell if it is coming from an insect, and they can figure out exactly where it is.

4. Bats are an Endangered Species

Half of all bat species are in the United States alone, although they are in severe decline, even listed as endangered. Not only are bats losing their habitats, but they are also declining due to white-nose syndrome as well. Studies have been done on bats in regards to white-nose syndrome, and they have found a common bacterium that seems to stop the growth of white-nose fungus. The bats were then successfully released back into the wild after the study. This fungus will invade and ingest the skin and wings of hibernation bats. When a bat has the fungus, it will cause the bat to wake up more frequently during the winter, using up their limited fat reserves very rapidly. When this happens, the bat will eventually die.

6. Bats Reproduce at a Slow Rate

When it comes to bats having babies or pups, they usually only give birth to one pup. When they give birth to them, they hang upside down to give birth, and when the pup is born, the mother will grab the baby with her wings and hold on to them. Also, when a mother is in a colony, and other babies are around, they can locate their own by the pup’s unique voice and scent. The pups will stay with their mother until they can start to fly on their own. When they begin flying, they will crash and burn until they get the hang of it. Once they get the hang of it, the pups will join the colony, and the process will start all over again. As more mothers give birth, the bigger the colony grows.

Bat droppings, or guano, play an essential part in the ecosystem. Guano acts as a fertilizer for plants. Guano is made up of crucial ingredients– nitrogen phosphorus and potassium. When guano is on the ground, it promotes rapid growth for lawns and plant life. The phosphorus helps roots grow and supports flowering, and potassium helps plants develop strong stems. It can also benefit the texture of the soil as well. The guano itself will help hold together loose soils and make them denser and lighter. Some people go bat-shit crazy for this! You can harvest the guano as well; it is in a powdered form. There are so many plants that benefit from guano; vegetables, herbs, and fruit are just a few that thrive because of it. The fertilizer can be incorporated directly into the soil or turned into a liquid fertilizer as well.

8. Bats Play an Important Role in the Ecosystem

There are many more surprising facts about bats and their guano. One thing is for sure– humans need to let bats do what they do to help our ecosystem. When you have one in your home, simply let it go or call someone that can safely remove the bat without harming it so it can keep providing for our ecosystem. If we end up losing bats, our ecosystem will quickly fall, and there are so many plants and other animals that count on bats. Could you imagine if we had no bats, how many insects we would have? And also how many plants and animals we would not have as a part of our ecosystem? In addition, the West Nile virus would become extremely high if bats weren’t around to eat mosquitoes.